Your insurance and financial experts
Good advice. Well given.

Are you protected in an earthquake?

Home > News & Updates > Insurance > Are you protected in an earthquake?

Earthquakes are devastating events, as we were all reminded by the terrible tragedy in central Italy just last week.

Regions of British Columbia, especially along the coast, are at risk of a major earthquake. Those of us living in these areas are well aware of the risks and the need to be prepared. An important component of being prepared is having the appropriate earthquake insurance to cover the loss and damage to property and contents caused by shaking of the earth. That’s because insurance coverage for earthquake damage is not included in a standard home insurance policy.

Earthquake insurance must be purchased as an add-on to an existing homeowner, condo or tenant policy, and as you might expect, the deductible is higher.

Why this coverage matters to you

Earthquake insurance covers costs such as:

Earthquake coverage is also available for Commercial buildings and most businesses.

More than 55 percent of British Columbians have no earthquake insurance. If a 9.0 magnitude earthquake occurred 75 kilometres off the west coast of Vancouver Island, the economic impacts would include:

Will insurance companies have enough money? 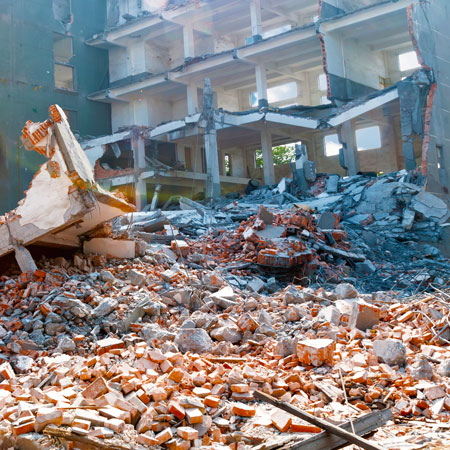 What are the chances?

How likely are we to have a major earthquake?

Did you know that every year, more than 1200 earthquakes occur in BC? Every 10 years, larger earthquakes that can cause damage to buildings are expected. Every 100 years, more detrimental earthquakes that affect infrastructure and lives, are possible.

As an example of the frequency of earthquakes of at least 1.5 magnitude during the most recent month, the following occurred in or close to Southern BC :

While the exact timing or magnitude of earthquakes is impossible to predict, Natural Resources Canada suggests a 30 percent chance of a significant earthquake off the coast of British Columbia in the next 50 years.

If you don’t already have earthquake insurance, or you’re uncertain if you have adequate coverage, please contact your Murrick Insurance Agent. You don’t have to wait until you renew your homeowner, condo, or tenant policy to add earthquake insurance.